The impersonal nature of online dating can encourage both unusual honesty and deception. In a recent study by OpinionMatters the honesty of Facebook and other online dating profiles was examined. They wanted to see if men and women were accurately portraying themselves to potential matches.

It turns out that most women did not find it necessary to avoid a few little white lies.

Whether you are a seasoned online dater, a newbie, or looking to get into it for the first time it is good to know where women are most likely stretching the truth.

You should always be at least a little suspicious about anything you read online and Facebook and online dating in general is no different!

What women lie about when online dating 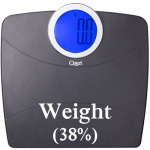 This shouldn’t come as much of a shock to anyone. Women are under tremendous pressure to remain light. With such a negative stigma associated with being heavy it is very easy for a woman to “fudge” the numbers a bit here.

Considering that two thirds of offline women have lied about their weight this is actually slightly encouraging. Women online are actually MORE likely to given an honest answer when asked about their weight. The OpinionMatters study found that the average woman subtracts around nine pounds from her true weight with about 16% “forgetting” about fourteen or more pounds.

With so many women skirting the truth regarding their weight you need to make sure you get a recent photo before getting too committed. Women often have a very different image of themselves in their head than what you find when you meet them so don’t assume their error was malicious. Just be cautious. 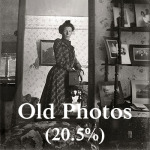 A full one-fifth of women are using old photos that no longer accurately represent what you are getting yourself into. Much like the issue with fibbing about weight, this can be attributed to intense pressure to fit a certain body type as well as a mental image that has not kept up with the physical realities.

When you first begin talking to a woman always ask if the photos she has are current. Don’t be hostile! You can be playfully accusatory by saying something like:

“Are those recent photos or glamour shots for your high school year book?”

You want to get the answer without coming off as some kind of detective. If she gets very defensive or evasive you should be suspicious. If she has nothing to hide it shouldn’t be a big problem to send you a recent full-body photo. Don’t settle for headshots with creative angles that hide everything below the chin! 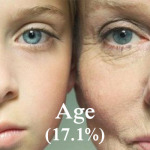 A recent survey from OnePoll of women between 30 and 60 found that less than 1% of women said their face matched their real age. If you don’t look your age then what is the harm in knocking a few years off right? Age is just a number after all right?

75% of women thought they looked at least five years younger than they were and 10% felt they look a full decade younger than their birth certificate would lead you to believe. In the grand scheme of things a few years isn’t much of a difference but you should be on the lookout for signs that she may have knocked a few years off. 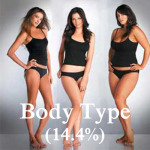 You are going to see this come up on sites that force users to list their “body type”. From a range of options including slim, skinny, average, athletic, curvy, full figured, slightly overweight, and many other options it is difficult to have any kind of standard for what each term means.

For a number of reasons we have covered above women (and men) tend to give themselves the benefit of the doubt in most cases.

You will learn very quickly to take all of these self-classifications with a grain of salt. That can be useful as general starting points but don’t put too much faith in them! 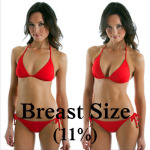 Thanks to some fantastic advances in modern bra technology it is becoming increasingly simple to trick easily distracted men. A properly fitting push-up bra can turn even an average woman into the object of admiration of a lot of gentlemen.

Don’t be fooled! If it looks too good to be true it likely is. Also be wary if all of a woman’s photos are painstakingly chosen to only show certain very flattering angles. Don’t be afraid to ask for additional pictures before taking the effort to meet in person! 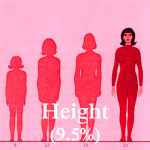 This one surprised us a bit. Men are notorious for adding a few extra inches and it turns out that women are not afraid to do the same. Your height in heels isn’t what they were asking for ladies…

Given how strongly women tend to prefer dating men who are taller then them it is a little surprising that they would are the ones adding inches.

Shorter guys just can’t catch a break with these girls! 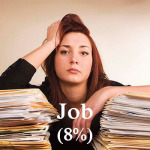 Exaggerating how great your job is isn’t just for parties and catching up with old college friends anymore. A significant number of women don’t shy away from embellishing a bit on their 9-5.

Taking it one step further, another 7% of women admitted to exaggerating how much money they make.

There is some hope however. While less than half, 42% of women did claim to never have lied on their online dating profile.

Don’t let the numbers dissuade you, online dating can be a fantastic way to meet interesting men and women. Just like offline dating you simply need to keep your guard up and make sure what you see matches with what your date is saying. Pay special attention to the areas we outlined above and you are on your way to dating success.