10 Best Questions to Ask Women While Online, to Get Them Excited

Struggling to think of the right things to say to women online? Wanna grab their attention and never let it go? Want to make them blush and tingle with excitement? Wanna turn them on? The easiest way to improve your luck is by asking racy questions. In this article, I’m going to take a look at the 10-best questions to ask women while online dating to get them excited.

In my experience, it’s probably the latter. She wanted to get sexy and you totally killed it. So she sighed, gave up and ran a bath instead.

I’ve talked to women who have told me that the guys they’re talking to online are asking them the wrong questions.

Meanwhile, guys have a tendency to keep asking the wrong questions.

I can picture her face. She wants you to excite her and all you can think about is movies. You can do better. Sometimes she doesn’t know she wants to get excited until you surprise her with a hot question. And when it comes to online dating, the element of surprise is something you need to use.

The key to grabbing a woman’s attention is by asking her the right type of questions. In other words, your questions have got to excite her. The solution to this is knowing what excites a woman. The point to understanding this is knowing why she’s online looking for a man in the first place. If she’s like us, she’s looking for some passion. She has needs too.

The aim of these questions is twofold:

You need to build up your knowledge of what she wants and doesn’t want so that you can give her more of what she wants. She might even be looking for some full-on dirty talk (she probably is). However, talking dirty and asking dirty questions might not be your bag. But that’s okay, because sizzling digital messages can be learned!

But what’s worth bearing in mind is that sometimes you can go too far and put her off. It’s better to be safe than sorry, which is why I’m here to help you. The best questions are fun, flirty, suggestive, and a little bit naughty.

Let’s take a look at the 10 best questions to ask women while online dating.

Who doesn’t enjoy talking about their turn-ons?

This is a super flirty question that gets right to the point. Not only that, but it also lets her know that you’re interested and keen to get to know what she finds sexy. She’ll rise to the challenge, and her answer can’t be anything but sexy. All you have to do next is pick up the baton and continue steering the conversation in the right direction.

Top tip: Be prepared for anything. What turns her on might be something you didn’t expect. But whatever she answers, make sure that you demonstrate that you’re going to be the man to turn her on.

If she says, “A man who is wearing aftershave turns me on,” don’t respond with, “Oh, aftershave gives me allergies. Lol.” Tell her that you’ve just bought a new bottle. If she likes a man who leads? Keep leading. If she says that she can’t get enough of a guy who has a beard, that it drives her wild? Tell her you’ve just started growing a new one.

Give her what she wants and ramp up the excitement.

2) “Where is the hottest place you’ve ever had sex?”

This question? It will excite them beyond belief. It’s the kind of question that raises both the intimacy and heat levels beyond breaking point.

Okay, you’re not talking about the two of you having sex. But by breaking what is a bit of a taboo, you’re crossing a line of intimacy and getting closer to her. The tension will rise and she’ll feel it. Plus, sex talk in general? It’s just okay. But talking about the hottest place we’ve ever had sex to a complete stranger online who we kinda like? It’s incredibly sexy and exciting.

Don’t be afraid to ask this question, but DO build up to it a bit. Surprisingly, you don’t need to do too much stage-setting. In fact, I recommend that you do very little.

Why? Think of it like this: You’ve known her for a little bit and you’ve shown an interest. She knows you might like her, but she’s not sure. She likes your picture, though – you’re cute. Then, you blow everything out of the water with this text that takes her by surprise and gets her all hot and flustered. She wasn’t expecting it – but it’s so hot.

And sex? It’s most people’s favourite thing to talk about, right? Especially online with a hot stranger. When it’s your turn to answer the question, make sure your answer is even hotter than hers.

Is she wild? Or is she timid?

You’ll find that most women have a wild side. A lot of them just need someone – in this case you – to bring it out of them with a question like this. With this question, you’ll evoke some seriously sexy memories in her mind. She’ll think back to the naughtiest thing she’s ever done, and it’ll turn her on.

Your next job? To make sure she knows that, whatever naughty thing she’s done so far, you’re going to top it.

I love this question and so do women.

It’s great for a few reasons in that it:

Let both your imaginations run wild with this one. If you want to make it super clear your intentions, ask something like “We both try to check into a hotel, but there is only one room left. What do we do?”

Woah, easy tiger. Being a bit forward here, aren’t we?

You might make her flush crimson, you might even make her feel a bit embarrassed. But you’ll also get her heart racing. As she replies, her fingers shaking on her phone, she’ll be super excited to keep talking to you.

Why? You’ve been forward enough to show her that you’re interested and that’s exciting. But instead of simply saying “I like you,” you’re asking a question that invites a response. And you’re not asking a lame, “Do you like me?” question. You’re putting her in a position where she has to reveal some sexy feelings.

Whatever her steamy answer is, make sure you seize on it and keep the excitement going. Indulge in a bit of role play and follow up with more questions, such as:

“What if I kissed your neck?”

“What would you do if I nibbled your ears?”

You know what she wants? She wants to impress you. Wants to look good for you. And she wants to feel sexy when she eventually meets you.

As such, this is one of the best questions to ask women while online dating. It gets her talking about her tight-fitting dresses, her high-heels, her short skirts and her low-cut tops. She’ll feel sexy just talking about her wardrobe to you! It will turn her on and it will turn you on too. 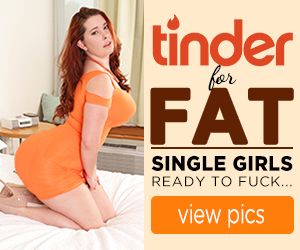 She might offer up a few outfits. With any luck, she’ll then ask you which one you’d prefer to see her in. If she doesn’t, take the initiative and tell her which one you’d like to see her in when you guys meet. Don’t be afraid of being forward, this is what she wants to hear. She wants to know more about your tastes so that she can give you what you want.

The naughtiest questions to ask women while online dating are usually the best ones.

Forget talking about mere fantasies such as dressing up as a fireman. Crank up the heat, get her all flustered and find out what she really wants with a question about her most x-rated fantasy.

Just make sure you can handle whatever she answers. And make sure you’re ready to indulge her when the time comes.

Sometimes, you don’t have to be so direct and sexual when you ask her questions online in order to get her excited. Sometimes, you can turn her on in other ways without even alluding to sex.

One of the first times I really got chatting to a woman online, she asked me if I liked cuddling. I’d never been asked that before.

It was exactly what she wanted to hear.

Women love to cuddle. It’s one of their favourite things ever. While dirty talk gets them excited, so does the equally sensual cuddle talk. It works because it lets her know that you’re keen on her and that you want to get intimate with her and look after her. You want to be there for her, protect her, and this is a massive turn-on for women.

She’ll start picturing all kinds of things, like the two of you cuddling in front of the fire. You two cuddling in bed all day. Cuddling after a particularly hard day of work.

It’s great question that lets her know your intent, initiates roleplay, and makes her feel good. Plus, it’s very rare for a guy to take the initiative where cuddling is concerned, especially online. That will help set you apart not only as a sexual being, but as someone mature enough to not just be all about sex.

9) “Does the idea that you might get caught having sex turn you on?”

This type of question is yet another naughty and sexy way to open things up with a woman. It adds a little taboo to the discussion, which can throw gasoline on an already smoldering fire. Getting caught having sex with someone? It’s risky, it’s daring, it’s hot.

Even if she hasn’t been caught before, just thinking about the idea will make her excited.

If she hasn’t nearly been caught having sex before? Let her know how exciting it is to come close to being caught (except by your grandma, of course!). Let her know that you don’t mind a bit of risk, a bit of dare or a bit of exhibitionism. It’s all part of the fun.

10) “What spots on your body always get you hot and bothered?”

Lastly, find out which part of her body always gets her in the mood when a guy gives her some attention. She’ll be excited by the mere thought that pretty soon YOU’LL be nibbling her ear, stroking the back of her neck or slapping her butt.

Make she sure knows this, of course. When she tells you which part of her body gets her in the mood, tell her exactly what you’ll be doing to it.

These are the best 10 best questions to ask women while online dating to get them excited. Remember to always have a follow-up plan for what to text next and keep the heat levels rising. Good luck.